No caterpillars, no worries

Cordyceps capsules or powder does not contain any caterpillars. This medicinal mushroom supplement is suitable for vegans: no animals used for production, today it is grown in labs.

Research today is trying to find the hidden secrets in natural herbs, Cordyceps sinensis could be one of those natural secrets to longevity and vitality.  DXN Cordyceps would be one amazing supplement that we should consume every day.

Cordyceps boosts the self-healing ability of the body

For me it is the source of life energy within us. This life energy is the most vital energy for the healing system. We have an automated system in our body that helps healing. The human body has the ability to heal itself.

Cordyceps in the Olympics: food supplement of champions

During the olympics of 1993-94 some Chinese athletes were doubted to have been taking some anabolic steroids, because they broke 5 world records in track- and field sports events. When they were tested, they were all found to be negative. On inquiry they shared the secret they had: they were taking a supplement called Cordyceps. This was the reason why their performance was enhanced. 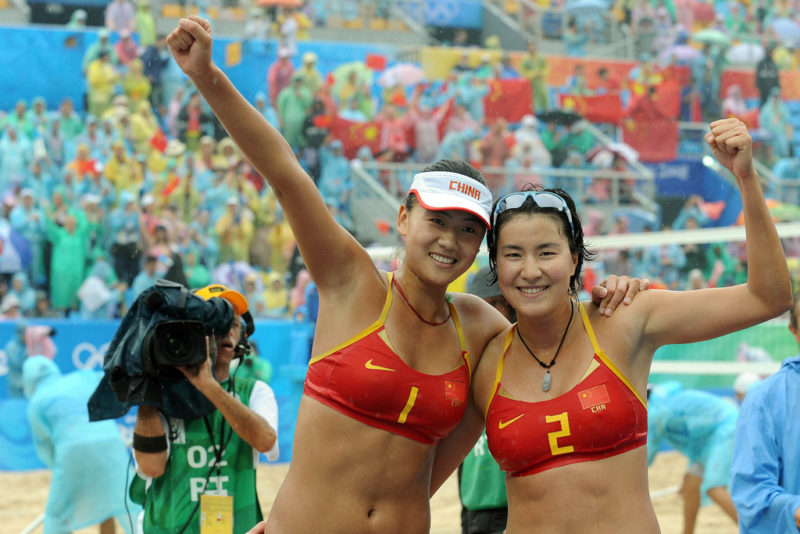 CNN news channel called Cordyceps the Himalayan Viagra, commonly known as the caterpillar fungus. It comes from the region of Tibet. In Tibet, up in the Himalayan range, where the temperature and the oxygen levels are low, this huge animal called the yak can be found. The stories tell that the people who domesticated the yak wanted to know the secret of its power. So when they noticed that this yak gained extra energy and more stamina when it grazed upon a particular mountain range. On checking they found that the secret was a small mushroom. When consumed, this mushroom gave the people extra energy and stamina. The news spread across and the demand for this mushroom started increasing. It was also healing people beside energizing the yaks. 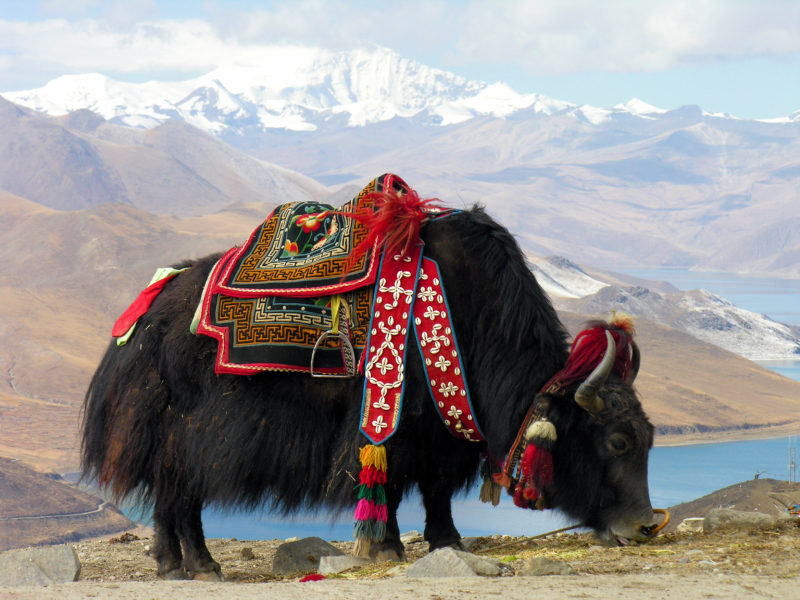 Cordyceps, the parasite of caterpillars

The demand for cordyceps fungus started to increase because of its medicinal value. It was started to be traded in the market. The maffia is also said to have been involved in trading and a lot of illegal trading took place. Today, having wild Cordyceps is illegal, because it is considered to be an endangered species. 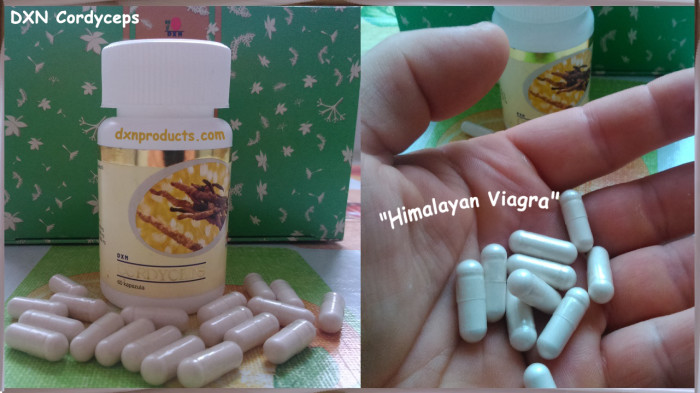 DXN Cordyceps capsules are grown on rice husk. Despite the strange name Chinese caterpillar fungus, which reflect how the mushrooms are born in their natural environment, the ‘Himalayan Viagra’ is free from animal ingredients.

What made Cordyceps such an amazing mushroom?

On the cross index you see the mushrooms and their targeted therapeutic effect. You can see that Ganoderma lucidum and Cordyceps sinensis outnumbered all the other fungi in the following field of beneficial therapeutic effects:

Cordyceps is favoured by Chinese and Tibetan Medicine Practitioners

Chinese and Tibetan Medicine Practitioners used Cordyceps in almost all of the remedial combinations. 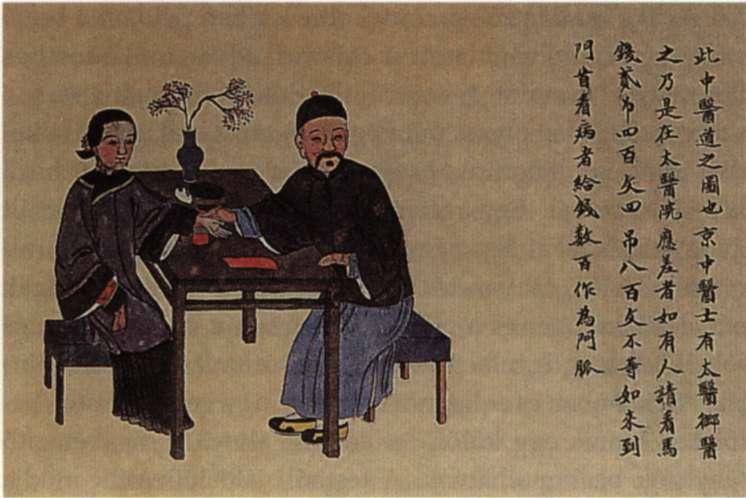 The primary action of Cordyceps is on the lungs. It improves lung functions. The lungs inspire and expire better from it. When you breathe well, you have improved oxygenation to all the cells in your body. With improved oxygenations, your metabolic processes are improved. The ADP starts getting converted to ATP with releasing more energy.

So the action of Cordyceps primary on the lungs is seen actually all over the body:

Cordyceps improves energy level, appetite, libido and sexual drive. It builds up stamina and endurance: the ability to manage stress. It helps to get biological cycles into place, like sleeping. According to Ayurveda, Cordyceps helps in the overall body tissue development. 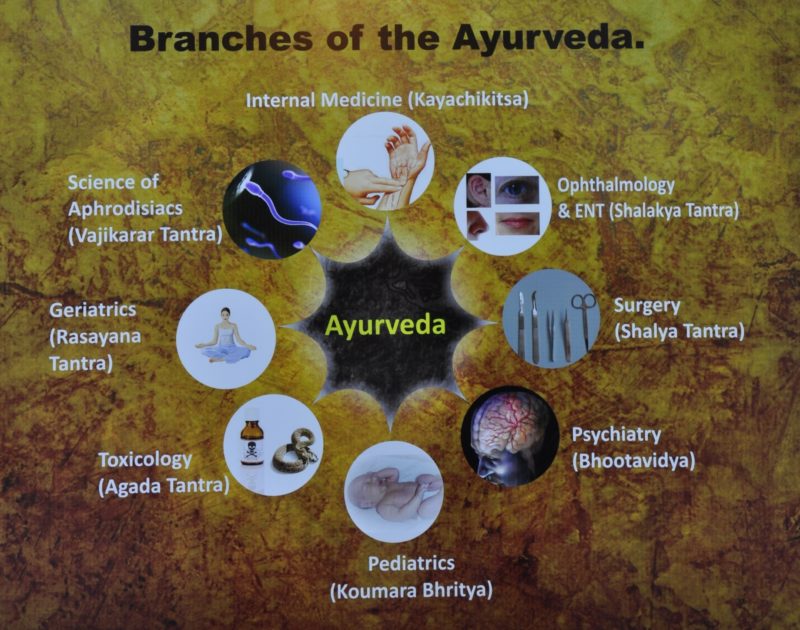 The 8 branches of Ayurveda, the Traditional Indian Medicine

According to Rasayana, the Art of Rejuvenation, benefits of Cordyceps are:

Basically this medical fungus improves life energy. Once life energy is improved, healing in the body starts getting better.

Today with tissue culture techniques we are able to cultivate Cordyceps in the laboratory. This variety of the fungus is a vegan one. It is grown on rice-husk and is very safe to consume. The properties of laboratory-grown Cordyceps are similar to those that can be found in the wilderness. 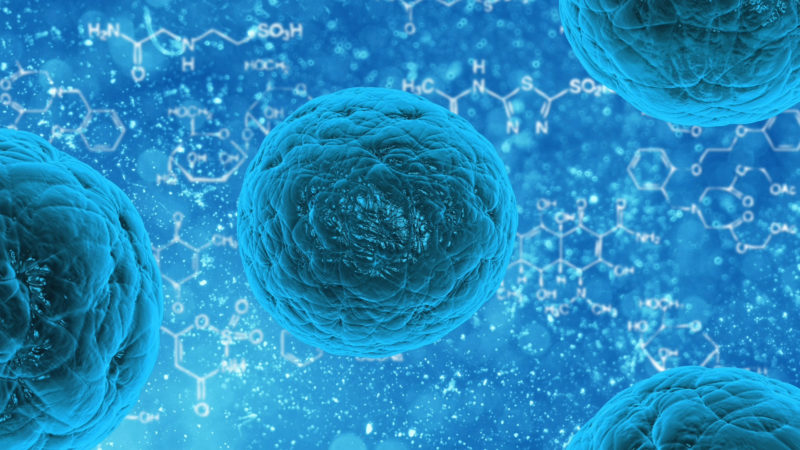 Cells getting infected by virus – it is such a nice, blue picture,, who would have thought? (Photo source: maxpixel.net)

Cordyceps have been proven to help in cancer treatment, so people suffering from cancer can take it as an adjuvant therapy. Cancer cells can not thrive in oxygen-rich environment. Since cordyceps improves lung functions, oxygen intake and absorption, it can also help in treating and healing cancer.  People who want to prevent cancer, especially those who have a family history of having cancer, can also take Cordyceps along with Ganoderma. Ganoderma is a detoxifier and a cleanser. Cordyceps helps improving oxygen supply of every cell. Hence if you have an oxygen-rich environment, cancer can not happen.

Cordyceps and the Golden Triangle: lungs, liver and kidneys

Cordyceps helps the liver to regenerate

The ability of Cordyceps to help cells revive helps in the liver’s conditions. Usually the liver gets damaged and can cause fibrosis and accumulation of fat. Liver is the only organ in the body with the ability to regenerate itself. People who supplement themselves with Cordyceps have seen amazing results. Diabetics, daily alcohol drinkers definitely need to take Cordyceps.

Cordyceps has good effect on adrenal glands and kidneys

The mushroom also stimulates the adrenal cortex or the adrenal glands. These glands secrete a hormone called cortisol. Cordyceps helps normalizing cortisol levels. Cortisol is commonly know as the stress-hormone. Both high and low levels of cortisol are unhealthy.

The symptoms of high cortisol levels are:

Not only the adrenal gland but Cordyceps has a very good effect on the kidneys, too. So Cordyceps primary effects 3 organs: the lungs, the liver and the kidneys.

That is why taking DXN Cordyceps is the best way to combat stress. 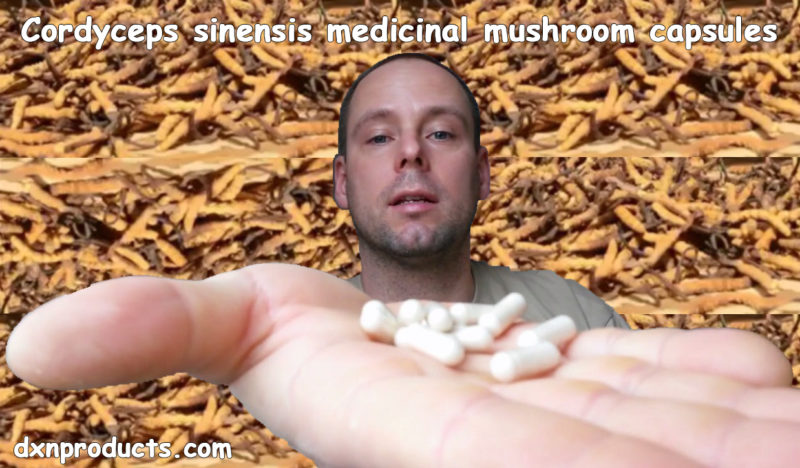 The vegan caterpillar fungus, Cordyceps sinensis is one of my favourite DXN products

How much Cordyceps is good to take?

3 grams per day (5-6 capsules) are good for wellness

Even taking one capsule of Cordyceps a day will help. Studies have shown very good results for people (males) who consume 3 grams a day. We also have a pineapple enzyme drink called DXN Cordypine with Cordyceps extract and also DXN Cordyceps Coffee 3in1, so this wonderful medicinal mushroom can be shared with friends.

1. Is DXN Cordyceps an aphrodisiac?

It is not something like Viagra. It improves oxygen supplementation, blood flow, libido, and strength, and the outcome of that is a better and a good sexual experience

2. Is it safe to give DXN Cordyceps to children?

Yes, it is very safe to give 1-2 capsules to DXN Cordyceps to children.

3. Is DXN Cordyceps safe for people with high blood pressure?

Yes, because it is an adaptogen. It helps to bring blood pressure back to normal. This is done by combating the stress response by reducing the cortisol levels.

4. How good is taking DXN Cordyceps in combination with DXN Ganoderma and DXN Spirulina?

It is excellent. Let me give you an example: Ganoderma helps to clean the system, Spirulina employes the nutrients and Cordyceps sees that it gets its oxygen supply.

This blog is the improved version of the one from my previous website. The old entry was published in 2017-06-27 with the title: ”Cordyceps sinensis medicinal mushroom: the Source of Vitality”.