DXN Spirulina – perhaps the most valuable food source on Earth

DXN Spirulina is the unbeatable champion of strengthening the immune system, here in tablet form.

DXN Spirulina algae proved to be very effective in many areas. Its excellent appetite suppressant effect is a great help for those who wish to lose weight.

It excellently stimulates digestion and has a big role in preventing cancer. It normalizes  insulin levels and preservs vitality. It contains around 4000 active agents. The high levels of minerals, omega-3 fatty acid, gamma-linolenic acid (GLA), protein and chlorophyll content  are worth mentioning. So, without any exaggeration, we can say that DXN Spirulina is perhaps Earth’s most valuable food source.

But what it is almost unbeatable in is strengthening the immune system. As Spirulina has an excellent antiviral activity, scientific experiments prove that the spread of herpes, influenza and HIV viruses are significantly impeded. 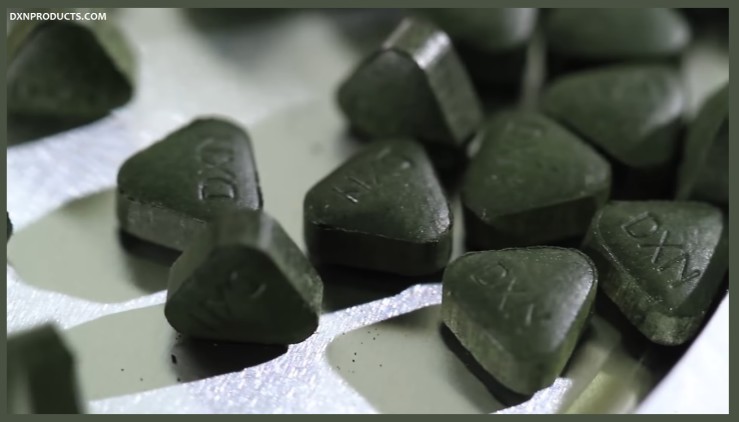 DXN Spirulina tablets are easy to chew and swallow. I think they taste great.

Chinese scientists claim that Spirulina alga’s phycocyanin – which gives the material a bluish color – even regulates the production of white blood cells. This happens when the stem cells have been clearly violated by chemical toxins or radiation.

Spirulina has been the basis for treatment of irradiated people in the Ukraine after Chernobyl on 26 April 1986. It was the worst catastrophe of peaceful nuclear use. The reactor core detonated and radioactive radiation, particularly cesium 137 and iodine 131 isotope beam spread and caused fatal infection in  significant proportion of the Ukrainian population. The victims stem cells are damaged to such an extent that until today  only a few white and red blood cells are formed by their immune systems. After just six weeks after the start of treatment with Spirulina algae therapeutic success could be narrated on. Thus, the research has shown that Spirulina increases the white blood cell production. Due to its effect activity of killer cells grow. This may also be a protective effect against the spread of the virus infection in the body and protection against the cancer cells.

Why DXN Spirulina is the best quality?

– Malaysia’s climate is the best to produce quality Spirulina. It it has the most hours of sunshine and the best angle and power of the sun. This way the most important ingredient, chlorophyll can form in the largest amount in it.

DXN Spirulina has its own farm. Spirulina from the pool will go directly to the site where the processing of algae takes place by cold pressing. It ensures the retention of the active ingredients. This is how well digestable DXN Spirulina is produced.

DXN Spirulina has been the best nutritional supplement and won the “Brand of the Year Award 2010″ award. It was given by Yousuf Raza Gilani, Prime Minister of Pakistan to dr Lim, CEO of DXN company.

Malnutrition can be treated perfectly with this wonderful small green superfood.